Drug-resistant "superbugs" infect 2.8 million people and cause more than 35,000 deaths each year, underscoring the enormous public health threat of germs in what one official describes as a "post-antibiotic era," according to a new Centers for Disease Control and Prevention report.

The report, which analyzes electronic health records and other data, shows an infection every 11 seconds and a death every 15 minutes on average from bugs that resist treatment from antibiotics. The CDC said there are nearly twice as many deaths from antibiotic-resistant infections compared to the agency's 2013 report, which likely underestimated the numbers.

PORTLAND, Oregon, November 4, 2019 (LifeSiteNews) — A high-profile Democratic Party donor who is also a homosexual and who was recently arrested for sodomy-related felonies paid $200,000 to a 15-year-old boy to make sex abuse charges go away, court documents reveal.

Terry Bean, now 71, was arrested and charged in 2014 with sex crimes in the alleged abuse of the unnamed minor. At that time, police charged Bean and his then-25-year-old ex-boyfriend, Kiah Lawson, with two felony charges of third-degree sodomy and one count of third-degree sex abuse.

AUSTIN, Texas, October 31, 2019 (LifeSiteNews) – Despite heavy turnout from parents opposed to the plan, the Austin Independent School District voted Tuesday to approve a sex education curriculum that calls for teaching children as early as third grade how to engage in sodomy and put on condoms, that gender is “non-binary,” and more.

This is what america has come to the LGBT taking our children's over.

DALLAS, October 23, 2019 (LifeSiteNews) – As the country watches in horror a Texas father’s legal battle to prevent his ex-wife from “transitioning” their seven-year-old son into a faux girl, a growing chorus of Americans is demanding state and federal leaders intervene to save James Younger.

On Monday, a Dallas jury ruled 11-1 against father Jeffrey Younger in his fight against his ex-wife, Dr. Anna Georgulas, who wants to subject young James to puberty blockers and cross-sex hormones as well as legally force his father to treat him as a girl. Mr. Younger contends that all of this is being pursued against his son’s will.

PETITION: 7-year-old boy should not be forced to live as a girl! 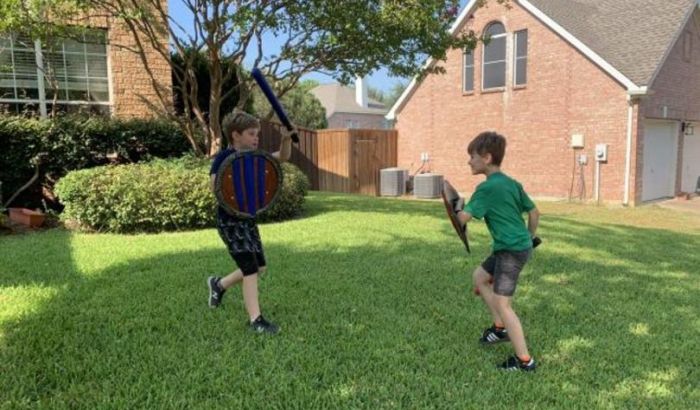 Family friends of Jeffrey Younger, a Texas man trying to prevent his ex-wife from turning his 7-year-old son into a girl, have launched a website dedicated to helping him in his fight.

On October 15 - NEXT WEEK!! - Younger will have one last chance to argue for custody of his son and stop seven-year-old James from undergoing gender therapy.

That's why LifePetitions is launching this URGENT petition to support Mr. Younger, as he fights to be granted permission to treat James as a boy – something he is legally prohibited from doing right now. 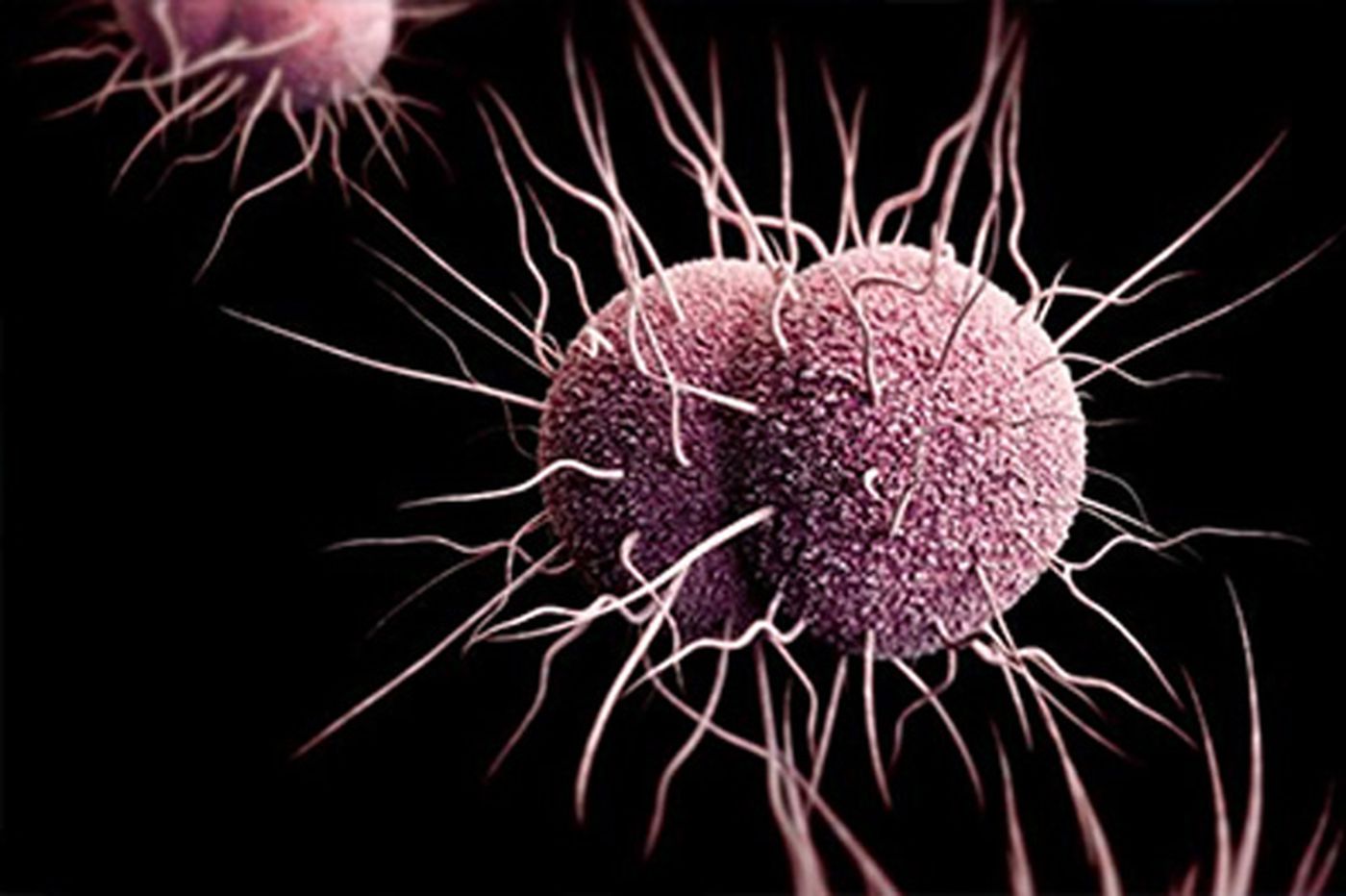 The combined total of syphilis, gonorrhea, and chlamydia cases reached a record high in the United States for 2018, the Centers for Disease Control and Prevention said Tuesday.

The number of syphilis cases exceeded 115,000, and the number of primary and secondary syphilis cases — the most infectious stages of the disease — reached 35,000, the highest number reported since 1991. That amounts to a national rate of 10.8 cases per 100,000 people.

Hundreds have left the LGBT lifestyle and now speak against it. Help their voices be heard!

September 16, 2019 (LifeSiteNews) - Our journalist, Doug Mainwaring, was on the ground this weekend in Florida reporting at the Freedom March – a march organized and led by ex-trans and ex-LGBT activists - something mainstream media doesn’t want to acknowledge exists!

Not only does the Freedom March prove the flaws of the LGBT viewpoint, but it gives hope to all those living that lifestyle to know that there is a way out.

While mainstream media wants to ignore them, by joining the LifeSite giving family, you can give them a voice.

According to media reports, like a wolf in sheep's clothing, Fr. James Martin, S.J.:

September 9, 2019 (LifeSiteNews) – The idea that you can adjust someone’s sexual intercourse is a lie, an Alabama-based mostly plastic surgeon stated, and pursuing this avenue with children amounts to baby abuse.

Appearing on a recent broadcast of Related Radio’s Trending with Timmerie, Lappert claimed the see that the human human body is a thing that a person owns, that they can do things in order to provoke joy in themselves, is a self-reverential view divorced from the objective truth of the human person.

Stopping the Demand for Commercial Sex and Sex Trafficking

Stopping the Demand for Commercial Sex and Sex Trafficking Pushing to Hold Businesses Accountable – The policies and practices of some major mainstream corporations (i.e., hotel, travel, social media industries) permit and turn a blind eye to sexual exploitation, enabling the insidious practice of buying and selling human beings for sex to flourish. NCOSE’s legal strategies will hold these companies accountable, forcing them to be part of the solution rather than a cog in the machine that keeps these practices going. Fighting to Keep Communities Exploitation-Free – Sexually Oriented Businesses (SOBs) like strip clubs and illicit massage parlors are increasingly popping up in communities, large and small. Sex trafficking, prostitution, child sexual abuse, violence against women are all taking place within their walls and frequently spilling out into the rest of the community. Local communities are ill-prepared to address them, and the NCOSE Law Center is there to provide tactical and strategic support to keep communities free of these exploitative businesses.

The tide is changing and the industries that fuel sexual exploitation are feeling the pressure increasing! Already in 2019, the NCOSE Law Center has hired additional staff, grown an incredible coalition network, and started a national education effort for young, budding attorneys which is enabling us to tackle many more of these issues. Even so, those who thrive on sexual exploitation are ramping up their efforts and pouring money and resources in an attempt to keep their exploitative industries afloat. We need you to help us put them out of business and put a stop to sexual exploitation in all its forms!